Posted on December 20, 2015 by Martket Branding

Simon Fraser University Men’s Lacrosse will compete in its twenty-first season in 2016 and is a Division I member of the Men’s Collegiate Lacrosse Association (MCLA). The Clan captured a record ninth PNCLL Conference Title in 2014, and rank eighth all-time with eleven MCLA National Championship tournament appearances, placing 2nd in 1999 and playing in the 2010 MCLA Semi-Finals after reaching the Quarterfinals in 2008 and 2009.

Simon Fraser University is consistently ranked as Canada’s top comprehensive university and named to the Times Higher Education list of 100 world universities under 50. SFU is also the first Canadian and International member of the National Collegiate Athletic Association (NCAA), the world’s largest college sports association. With campuses in Vancouver, Burnaby and Surrey, BC, SFU engages actively with the community and has matured into one of the world’s leading teaching and research universities, delivering almost 150 programs to more than 30,000 students, and has more than 130,000 alumni in 130 countries, along with 6,500 faculty and staff. 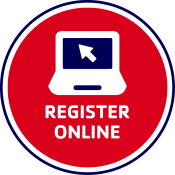 Online and in person registration will open in early January for Spring Break Camps and in mid-March for Summer Camps. ALL Camps are expected to SELL OUT. Please register early to guarantee your spot!